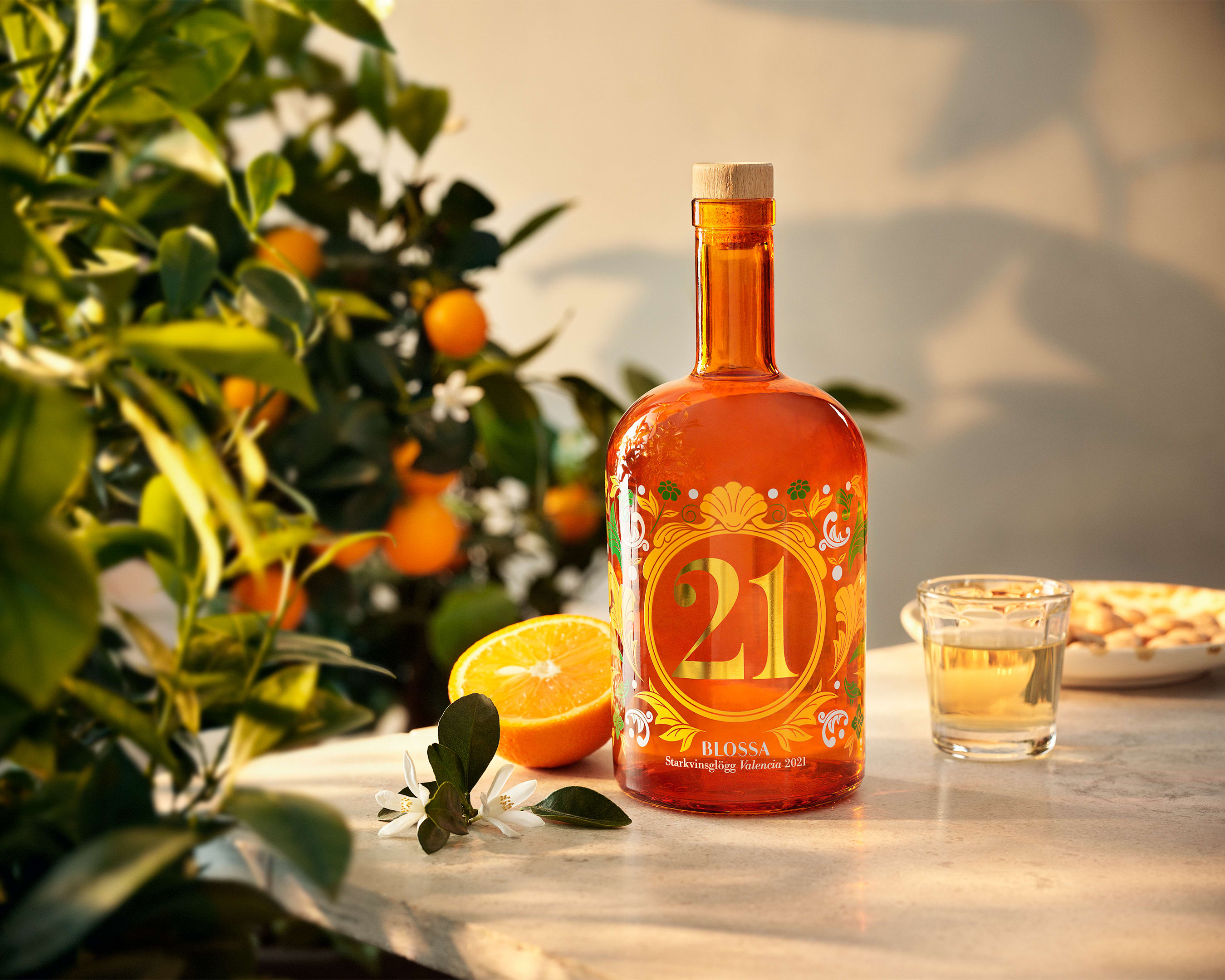 How did an elixir of the afterlife become the pinnacle of Scandinavian Christmas traditions veiled in a unique design? Meet the creative forces behind an iconic vehicle for Christmas spirits.

Perhaps the most iconic Scandinavian brand of glögg, Blossa, that has produced glögg with a secret recipe since the late 1800s, also runs a yearly coveted limited edition of glögg. The limited edition bottles contain equally limited editions of glögg, spiced according to the yearly theme.

Both taste and design reach out far and wide beyond the borders of Scandinavia, resulting in new and innovative combinations to satisfy both epicureans and art enthusiasts alike. Renewing traditions can be daunting territory – miss the mark and you risk invoking the wrath of an entire country or a part of the world. The concept of Blossa has however worked like a charm. Introduced in 2003, it sold a little under 300 000 bottles in its first year – a number that has been growing ever since.

What does the process of constant reinvention of a beloved classic entail? We reach out to Scandinavian Design Group, the collective creative genius behind the annual Blossa design.“Our design philosophy is to add an extra dimension to the product to make it extraordinary, desirable and fun. The weirdest place that we were inspired by was perhaps Atlantis, the fictional and mythical island. You could say that we find our inspiration from all over the world – and beyond. That is one of the strengths of this project. You never know where we will end up and anything can be an inspiration; a flavour, a feeling, a flower, a city, anything.

When you have the final bottle in your hand and see that it really works – it’s amazing!

Our creative process is a unique mix of digging into different cultures and cultural codes paired with an analysis of what it is that will bring the most value and relevance to the product itself. The concept opens the door to countless creative routes – but offers just as many choices and decisions. This is a challenge, but a positive one, and over time we have developed an instinct that together with the strong brand platform guides us in the right direction.

When we choose one of all the ideas aggregated during the process we always feel like “Yes! This is the one!” The magic of turning a flat design into the final product comes gradually, as we work with mockups and prototypes as early as possible to solve eventual issues. But when you have the final bottle in your hand and see that it really works – it’s amazing!”

Scandinavian Design Group is a multidisciplinary agency with offices in Stockholm, Oslo and Copenhagen.

According to some historical accounts, spiced and mulled wine dates far back, around 3000 BCE, in ancient Egypt, where it was considered to be an elixir of the afterlife. This medicinal wine with nearly supernatural powers was spiced with herbs like balm, cilantro, mint and sage along with pine resin and figs.

Herb-enhanced wine was also documented by Pliny the Elder, famed Roman author, naturalist and natural philosopher, at the peak of the Roman Empire in around 50 CE. Fast-forward some 1960-odd years and spiced wine has grown up, travelled North and become a steady staple of Nordic traditions of keeping warm and celebrating the season when ice and snow take over and sunlight migrates far away.

Glögg, a true product of history, has become a sign of Christmas in northern Europe.

An ancient status symbol, the abundant use of spices – allspice, cloves, cinnamon, ginger, nutmeg and bitter orange – in glögg made it a drink for the noble until the 1900s. It was used abundantly in European courts but also as a medicine. It was believed to be the cure for many ailments in households around Europe in the Middle Ages.

Today, glögg, a true product of history, has become a sign of Christmas in northern Europe. Pine resin was dropped from the recipe long ago. Glögg now comes packaged in intricately-designed bottles and it is safe to say that it will not cure you of any illnesses besides shyness and a pale complexion. The warm glögg raises the temperature of the mouth and stomach and alcohol, a vasodilator, pushes blood to the skin, making us blush and probably a bit more talkative.

The coldest winter season is approaching - read on to find out what are the best Nordic Winter Drinks!
Hot cocktail
Nordic Drinks
After-ski

Five tips for the preparation of glögg