For 125 years, O.P. Anderson has been the original Swedish aquavit. Passed on through families and friends for generations, this aquavit is a flagship at traditional Swedish celebrations. Today we gather both old and new friends under the same roof.

What is O.P. Anderson?

O.P. Anderson is a grain distillate, with an alcohol strength of 40% and seasoned with caraway, aniseed and fennel. After distillation, it matures in humongous oak casks for six months.

O.P. Anderson, which originated in Gothenburg, is the oldest and most storied aquavit, and enjoys a slightly golden colour, rich seasoning, and a well-balanced and complex yet soft character. It's precisely these characteristics that give O.P. Anderson its extreme capacity to behave mildly and subtly complement some companions, while acting very vulgarly and almost screaming out its identity when among others.

Olof Peter Anderson, also known as 0. P., was born in 1797 in the small town ofTrollhattan, which according to Google, has practically nothing to offer other than waterfalls. When O.P. was about 17 years old, he moved 40 miles south to the west coast metropolis of Gothenburg (known as "Little London"). He started out as an apprentice in a pharmacy.

Seven years later, at the age of 24, Olof Peter Anderson started a spirit distillery and married the allegedly busty Petronella Rosenhoff. They had six children together, of which Otto (the firstborn) and Uddo (the lastborn), both died mysteriously at just 19 years of age.

Given how many Swedes claim their family descends from O.P. Anderson today, you'd think he actually had at least sixty children. He was an enterprising man of rank. He had properties in Gothenburg's inner city, was a ship owner and a hardware store owner, and yet he still found time to produce and sell lots of spirits - consumed like any other grocery item at that time - up until his death in 1876.

After his father's death, his well-prepared son Carl August Anderson took over the levers of the spirit factory. After doing so, he invested heavily in modern distillation technology. When his new state-of-the-art factory was up and running, it had the capacity to produce 4,000,000 litres of spirits a year. But just like his father, Carl August had a thousand irons in the fire. Not only did he run the distillery, but he was on city council, he was on a board of directors, volunteered at the fire brigade and when cholera ravaged in 1850, was made manager of Gothenburg County Council's specially-established cholera unit.

In 1891, at the Industrial Fair in Gothenburg, he launched the original Swedish aquavit and honourably named it after his father, O.P. Anderson. Since then, the aquavit has gone from being made from potatoes to wheat and since 2002, O.P. Anderson has been made from organic ingredients.

Now, almost 125 years after its launch, O.P. Anderson is deeply rooted in Swedish celebratory traditions. It's an upholder of culture and has, in many cases, been one of the first glasses of alcohol that fathers proudly serve their barely-bearded-sons and daughters with pop-band posters.

During the recent years, aquavit has gained strong foothold in the bursting cocktail scene in northern Europe. Bartenders around Scandinavia are mixing tasty and interesting cocktails from aquavit.
Aquavit
Cocktail ABC
Nordic Drinks

How to pair aquavit with food?

Aquavit as a Beer chaser? - Try O.P. Anderson Aquavit with a glass of beer

Did you know that aquavit goes extremely well as a beer chaser / boilermaker?
Aquavit
Summer Celebration

Summer parties are at their best when held at a summer cottage or in the countryside, but you can also create an unforgettable atmosphere in your own back garden.
Nordic Culture
Summer Celebration

It was about time to introduce the O.P. Anderson aquavit to the Negroni cocktail.
Aquavit
Easy cocktails
Classic twists

Örjan Westerlund expands the Dry Martini repertoire with a Nordic contribution and offers a delicious cocktail with gin from O.P. Distillery.
Gin
Medium

A fresh aquavit punch with a taste of apple and citrus.
Aquavit
Celebrations
Easy cocktails
Punch

From Manhattan to the Bronx!
Classic twists
Aquavit
Medium

The Swedish mojito with an aquavit base.
Aquavit

This elegant sour cocktail requires a bit more patience and skills, but rewards you with a delicious taste.
Aquavit
Medium

A Swedish drink rendering an audaciously fruity and spicy interpretation of the Cosmopolitan notably with aquavit instead of vodka.
Classic twists
Medium

A refreshing cocktail with tastes which take the gin to Nordic forests, such as lemon balm and cloudberries.
Summer Celebration
Easy cocktails

Spice up your aquavit cocktail to the next level. How much chili can you endure?
Aquavit

An elegant cocktail that brings out a whiter shade of aquavits golden glow, yet preserving its brightness and vibrancy.
Medium
Aquavit

Pairing beer with aquavit will perfectly lift the flavors of both.
Easy cocktails
Aquavit

No need for further argument when asked about the prospects of aquavit cocktails.
Aquavit
Medium

Close to being a twist on the classic cocktail Alaska. Created by Pontus Arensberg Nööjd, Stockholm, Sweden .
Aquavit
Medium 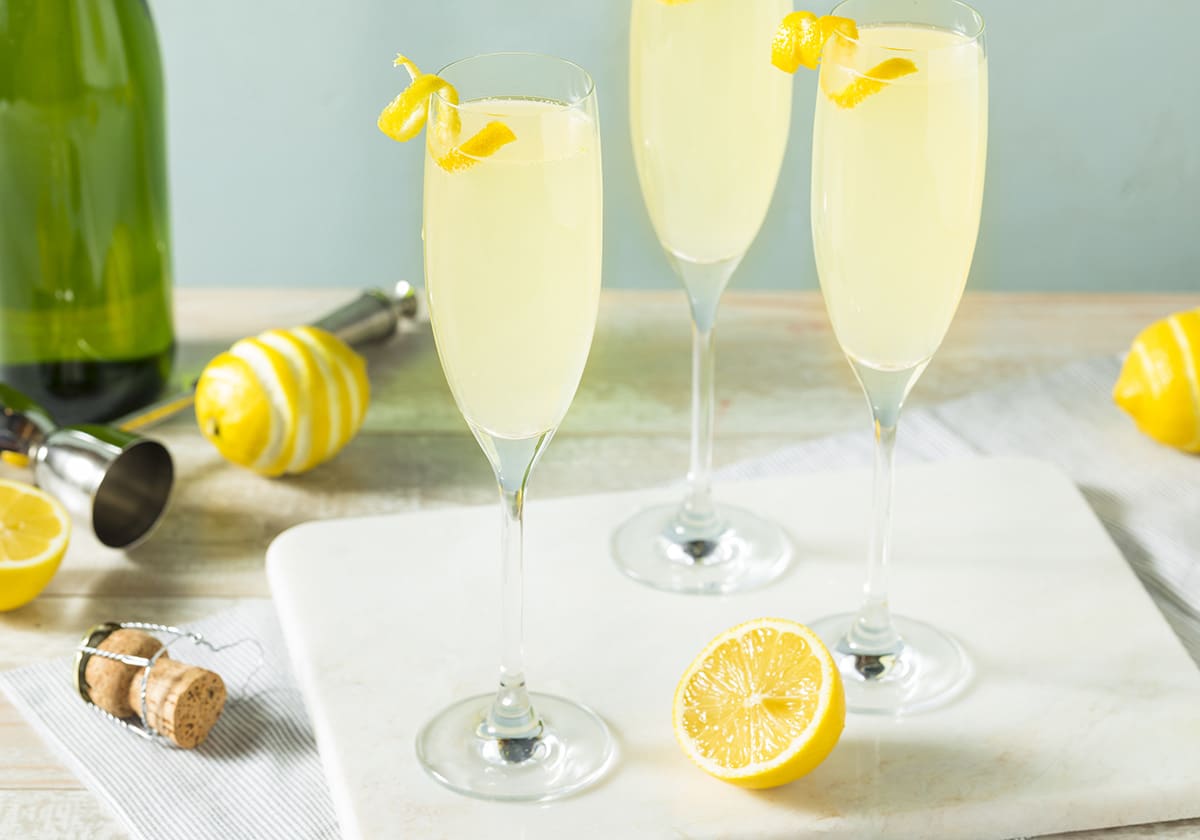 French 75 is a real classic in the cocktail world. Here’s a safe recipe that is difficult to fail with.
Gin
Medium
Celebrations
Sparkling wine

Just like a dry martini. But without the gin.
Easy cocktails
Aquavit
Classic twists